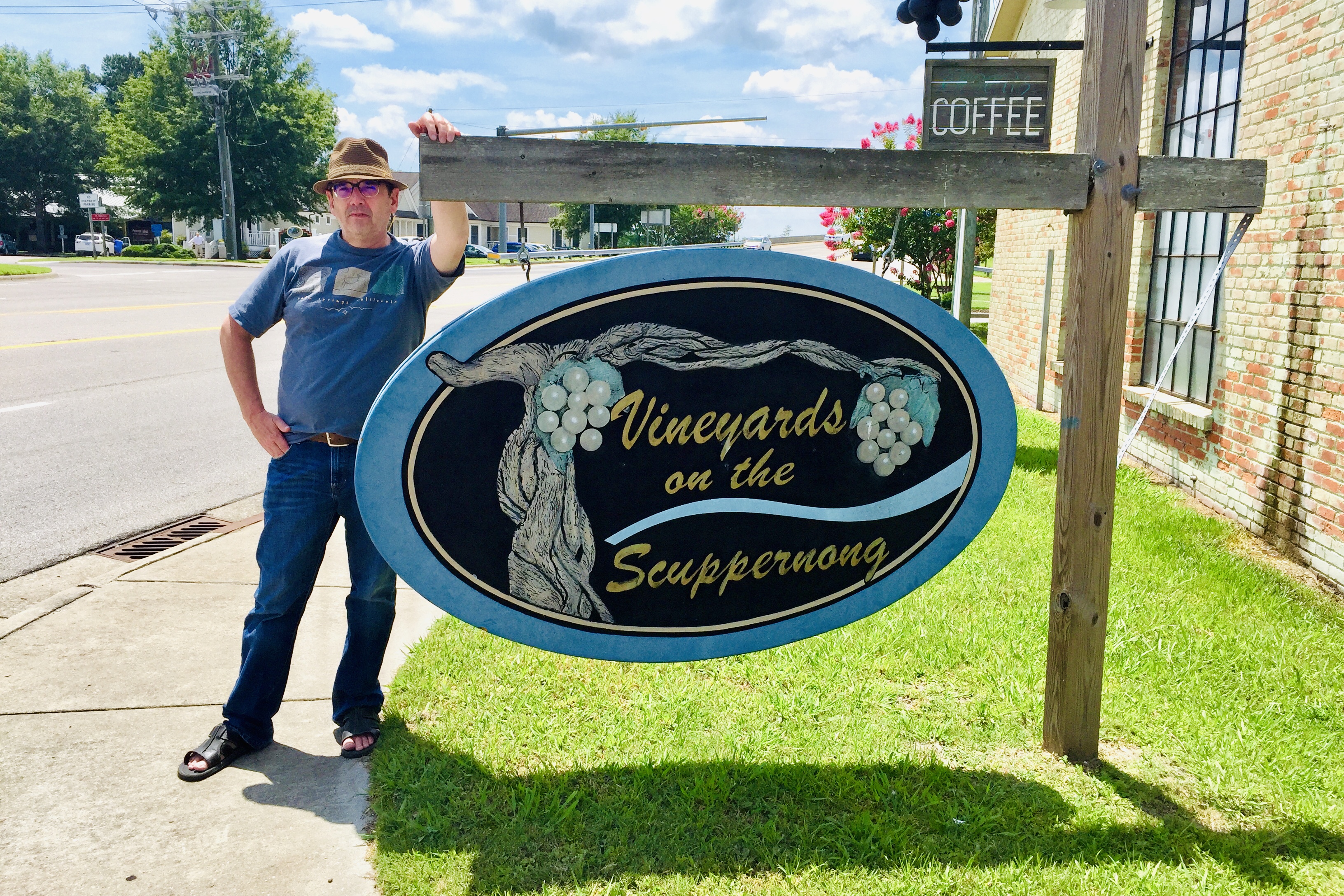 The year is 1584 and Sir Walter Raleigh is leading an expedition along what is now called the Scuppernong River. There he discovers muscadine grapes. Jump ahead to 2002, and Jack Bishop, a builder and developer on the Outer Banks decides to purchase 300 acres of land on the Scuppernong River. The land is just outside of the only incorporated town of Tyrell County, Columbia, North Carolina. After spending a great deal of time during the process of clearing the land, Jack does some research and discovers the fascinating history of Sir Walter Raleigh’s expedition and the muscadine grape.

This history leads Jack to returning the land to its original bounty, and Vineyards on the Scuppernong is born. Today, there are over 25 acres of grapes being produced on the farm, twelve varieties of fresh market grapes that are found in grocery stores across the Southeastern part of the United States, and six wine grapes which produce thousands of cases of wine each year.
Upon my visit, I find a unique Wine Tasting Room, also with a rich history. In 2008, Jack completed the restoration of one of the oldest buildings in Columbia into a Wine Tasting Room. This building had once doubled as the Town Hall and the Fire Station. There is a cupola that was added during restoration to resemble the original which was used during World War II, as men, women, and even children stood watch for submarines as they believed they would come up the Scuppernong River. It’s a busy day for wine tasting, but as I waited, I enjoyed browsing through the Gourmet Foods Shop that was added in 2015. My wine tasting begins, and after sampling five varieties, I settle on Corolla Lite as the subject of the song I will later write. Corolla Lite is a sweet wine with a muscadine pop as I call it, that takes me back many years ago when I first tasted a scuppernong grape and found a liking to its’ explosion of flavor. Now I know there are many folks that don’t prefer a sweet wine. But you may be surprised to find you like Corolla Lite, and hopefully the song I’ve written to capture the sweet, subtle nuances of this North Carolina table wine.